In the past 5-10 years my town centre has been a disappointment every time I visit. Less people are visiting, I have a lack of recommendations to anyone other than first time visitors and there are multiple, 'prime-location' retail spaces which are closed down and not being re-filled. This article aims to look at some of the reasons why.
Police Force
We currently have just 13 police officers for Bolton Town Centre. This may seem sufficient but, only 3 are constables compared the 8 PCSOs 1. I could not find a figure to what this amount was in the past, although, the Greater Manchester area has lost over 15% of its police force in the past 9 years 2. Furthermore, violent crime has nearly tripled in the past 7 years 3. I am not saying that this increase in crime, or the lack of visitors is directly impacted by this reduction in police force and increase in crime but, it is one of the contributing factors.
Most likely, this is also affecting the night-life on a Friday and Saturday night, one of the busiest times for Bolton. Couple this with the ease of access to places like Bury, Manchester and other, busier towns and cities via the train station, the night-life is also dying. ​​​​​​​
The Economy of Bolton – Where is the money spent?
In 2018 the council raised the council tax of Bolton by 4.99% which is the maximum amount allowed at the time. On top of that, the total budget allocated to the borough has been reduced by nearly £14 million 4. One of these cuts was the living wage supplement despite the fact that around 25% of people both living and working in Bolton were paid under the living wage in 2017 5. Where has this money gone? Are there other constituencies that are in greater need? This is something which has not been directly addressed. In contrast to this, national wages have increased by 3.8% compared to an inflation rate of 1.9%. Although, this has had little impact on the economy of Bolton.
Bolton's economic standpoint is also negatively affected by the independent owners of many retail spaces throughout the centre. Many of these owners (particularly in the indoor Market Place) do not live in Bolton.​​​​​​​
A 'small' selection of closed retail spaces (17) in the town centre. 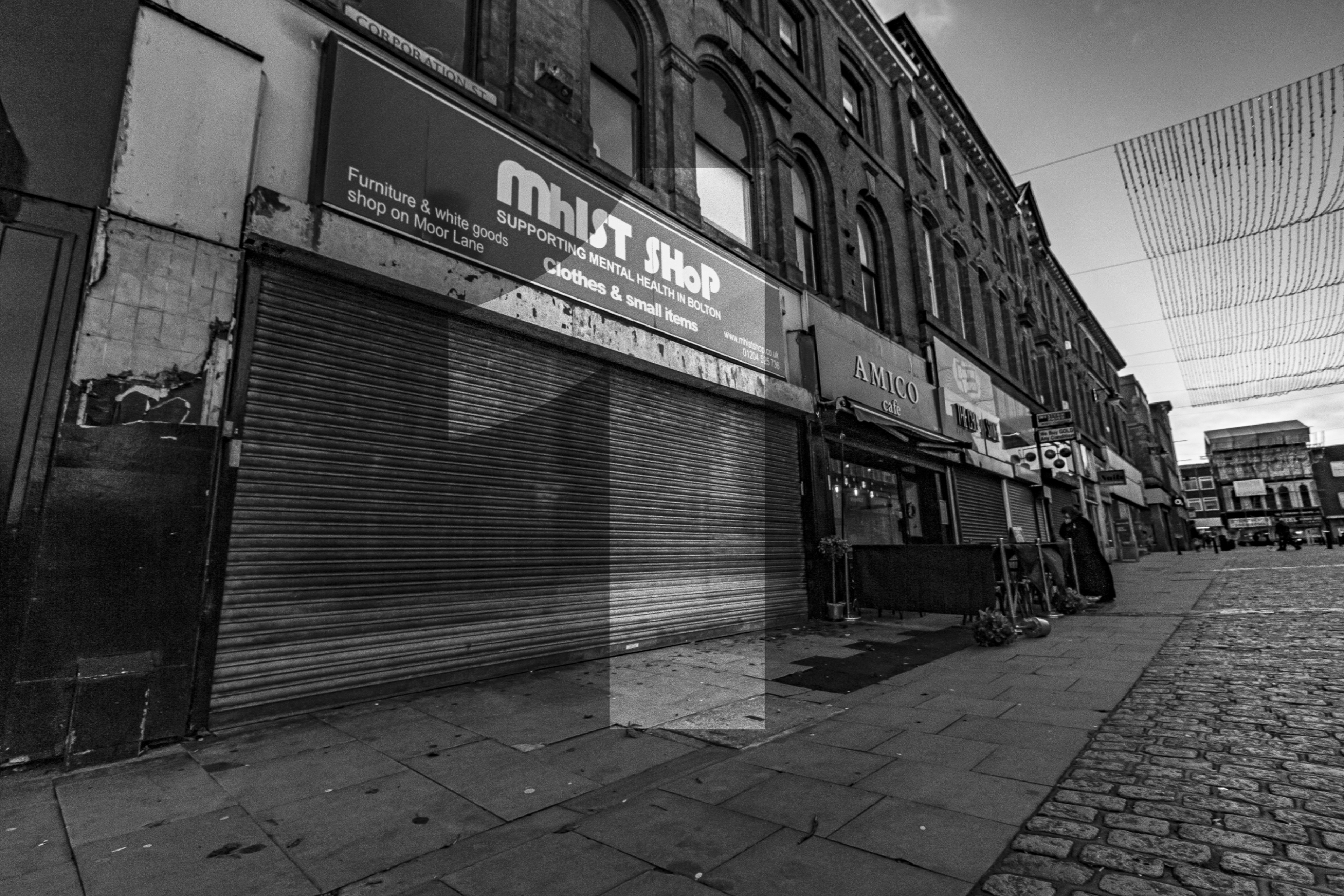 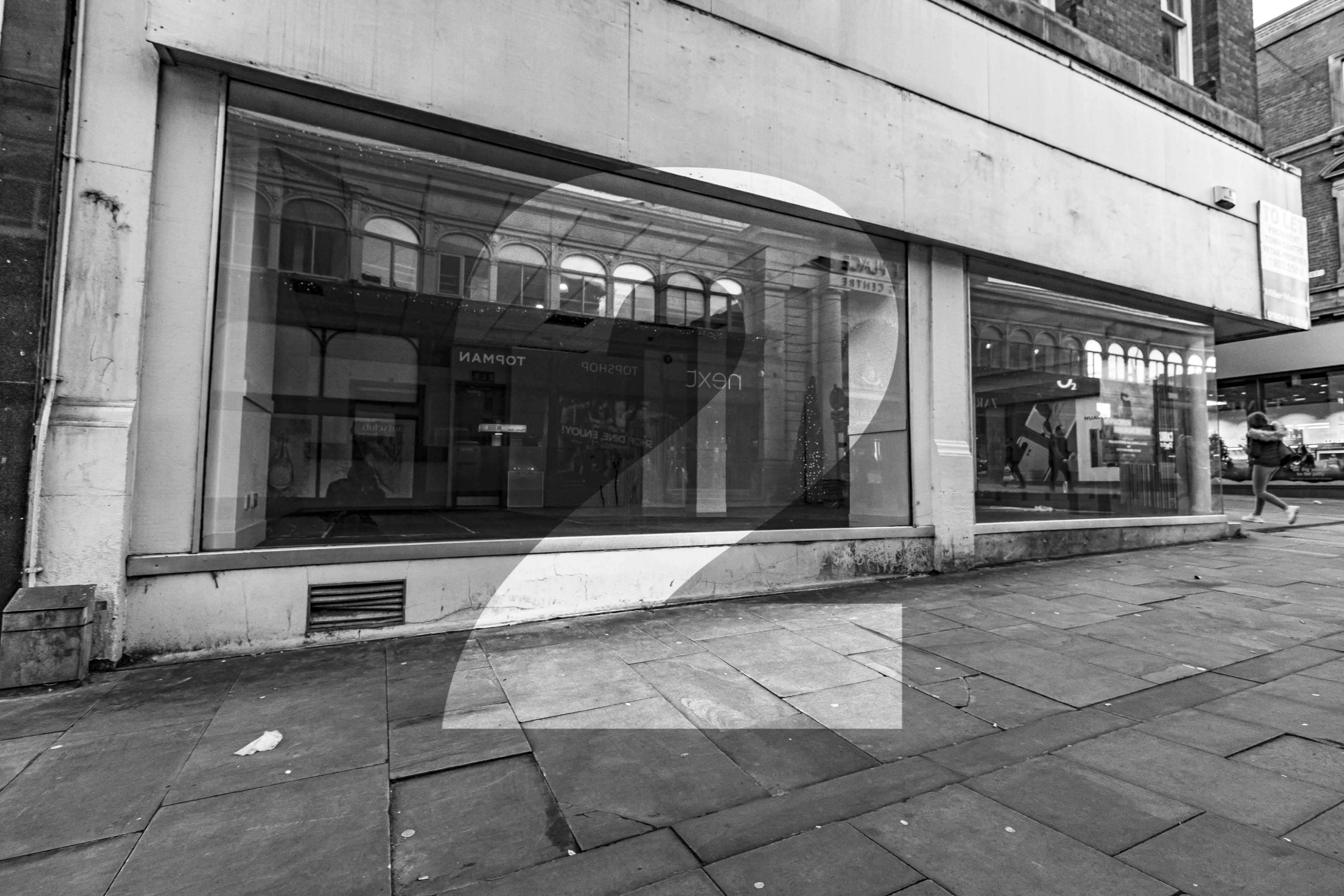 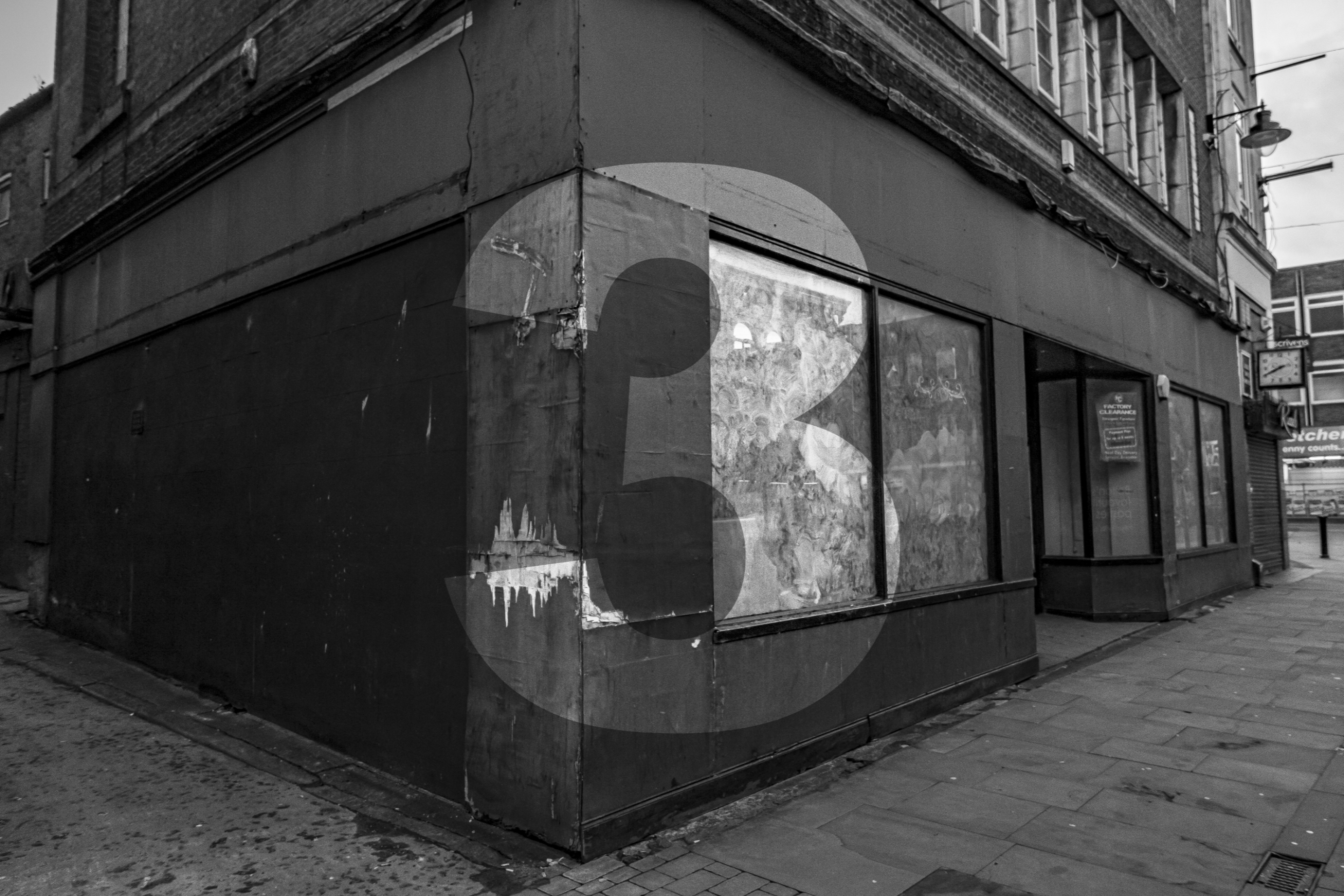 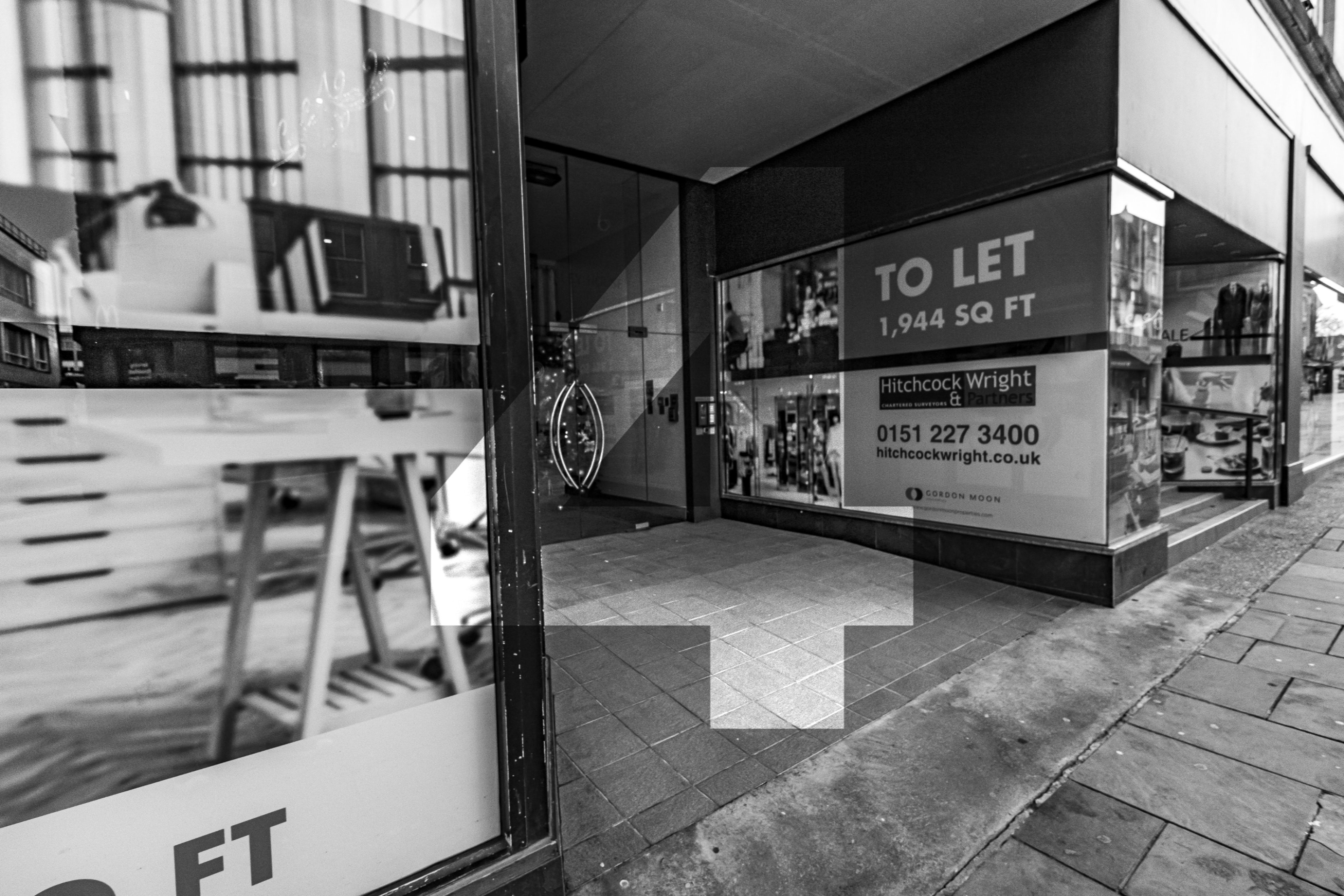 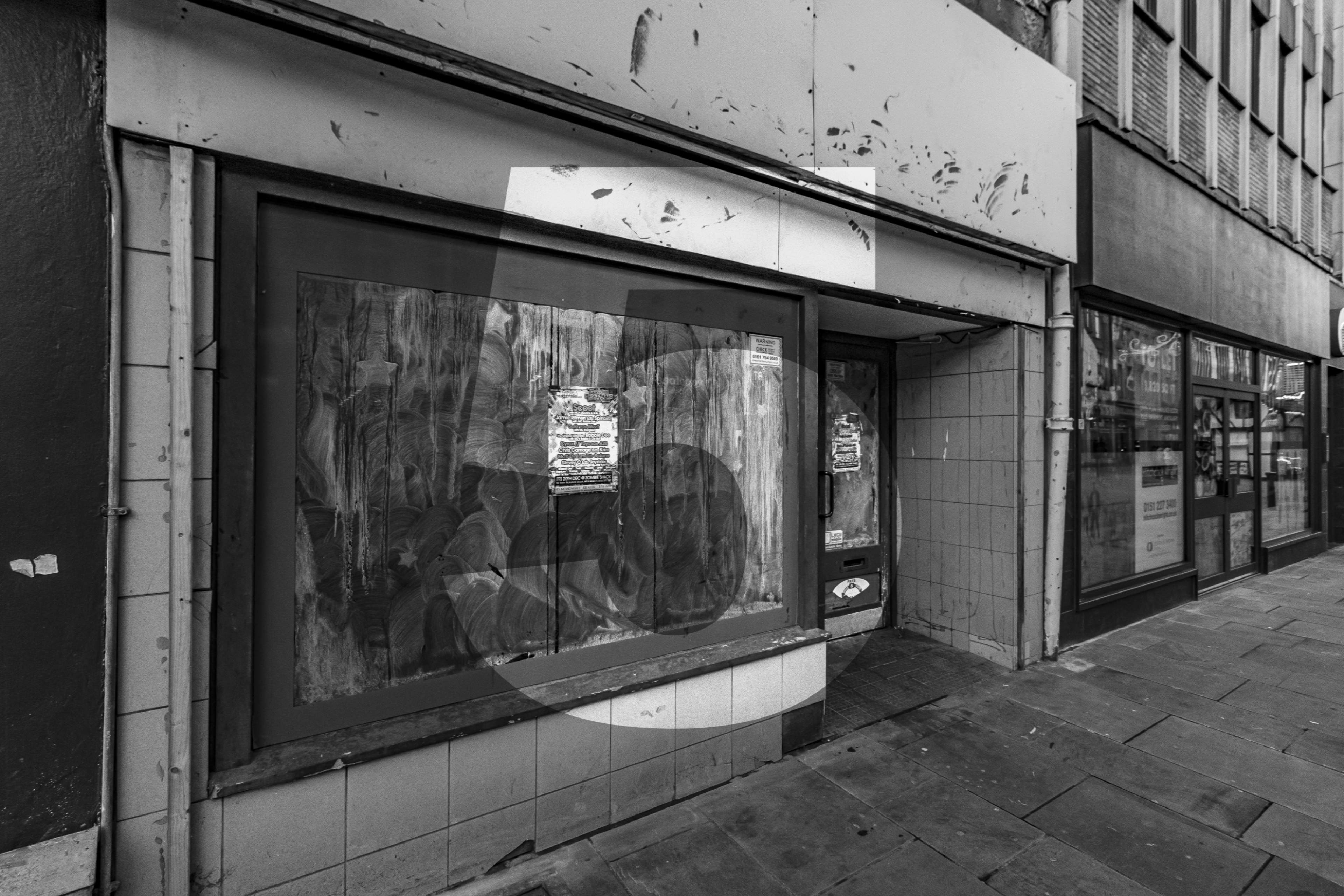 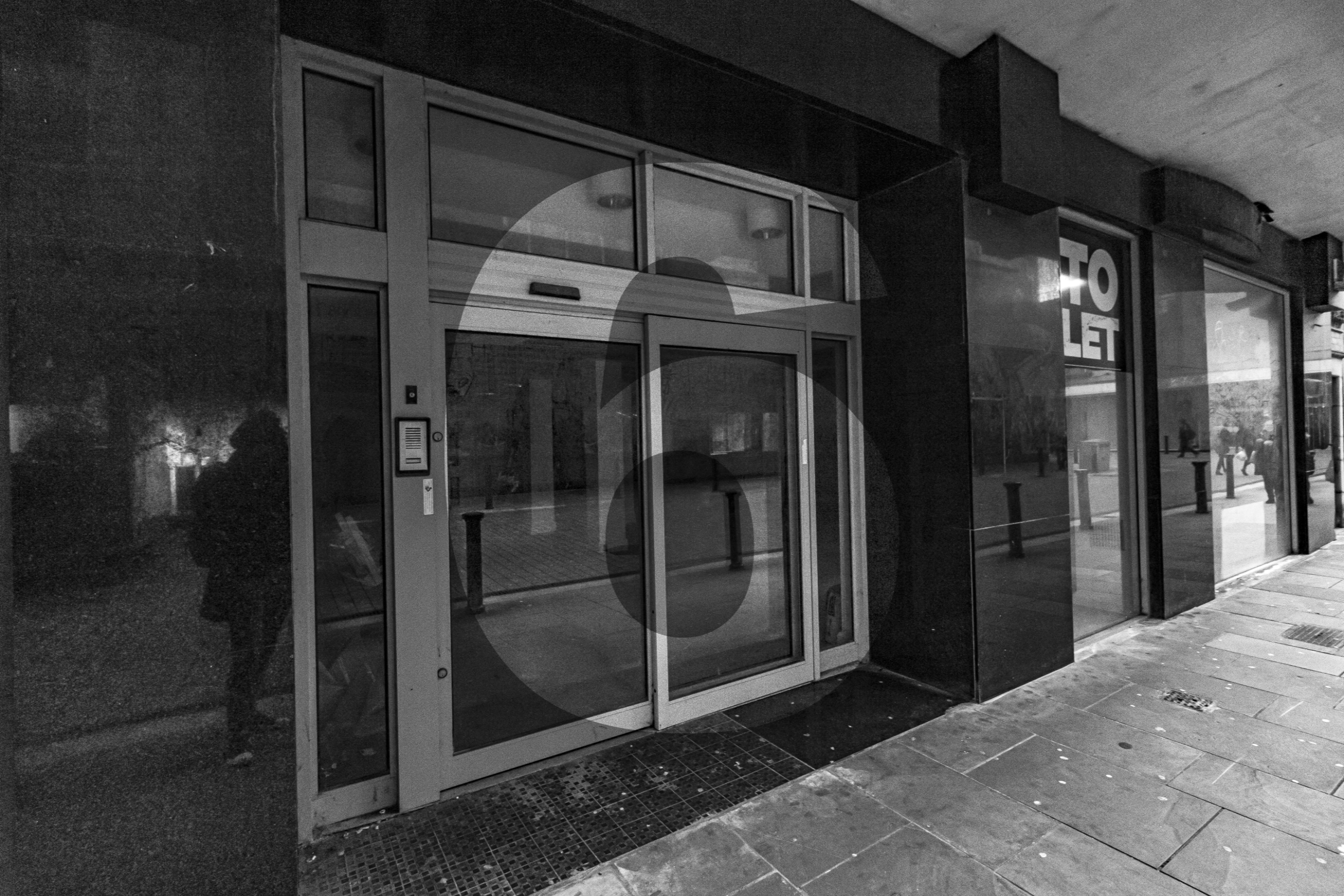 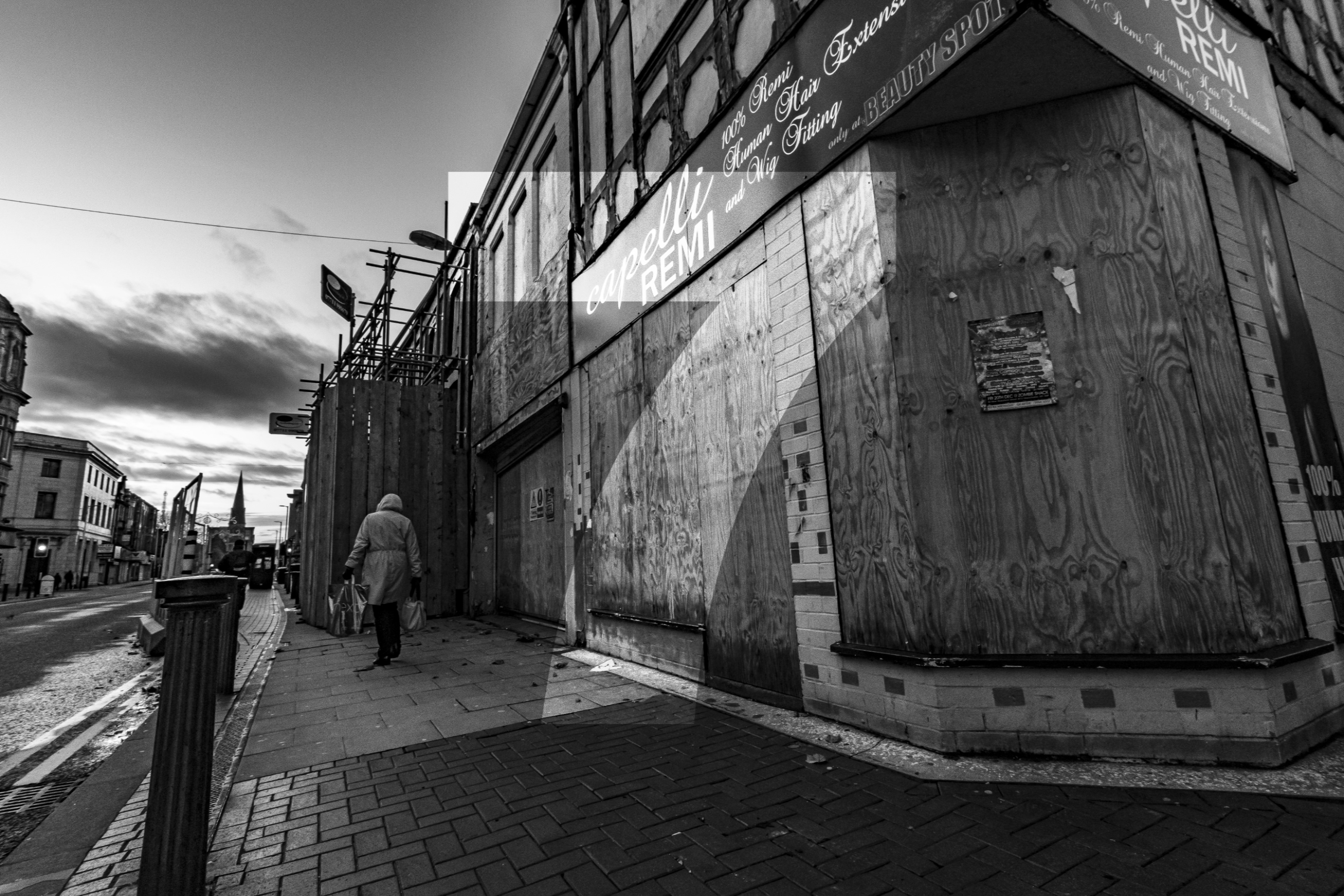 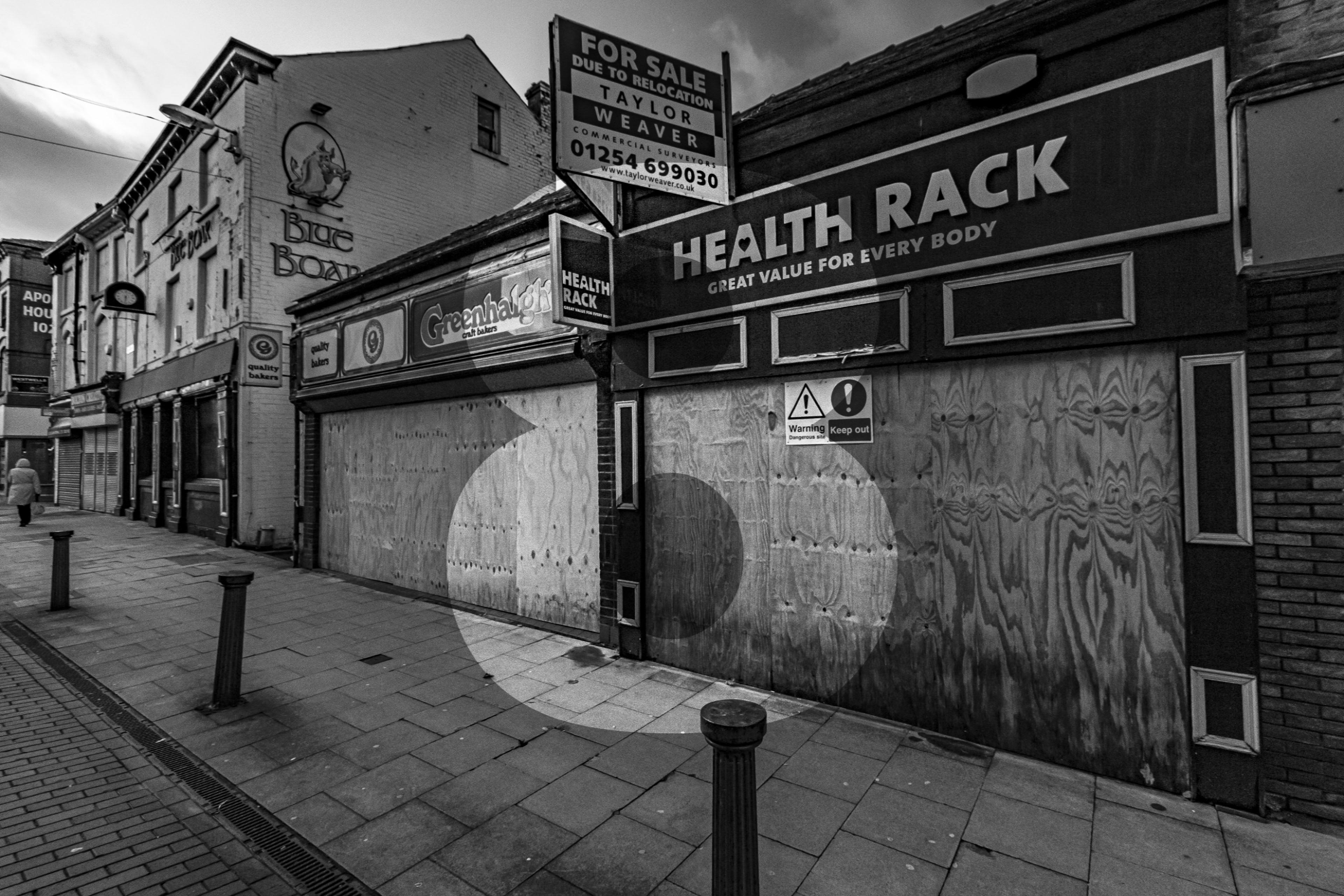 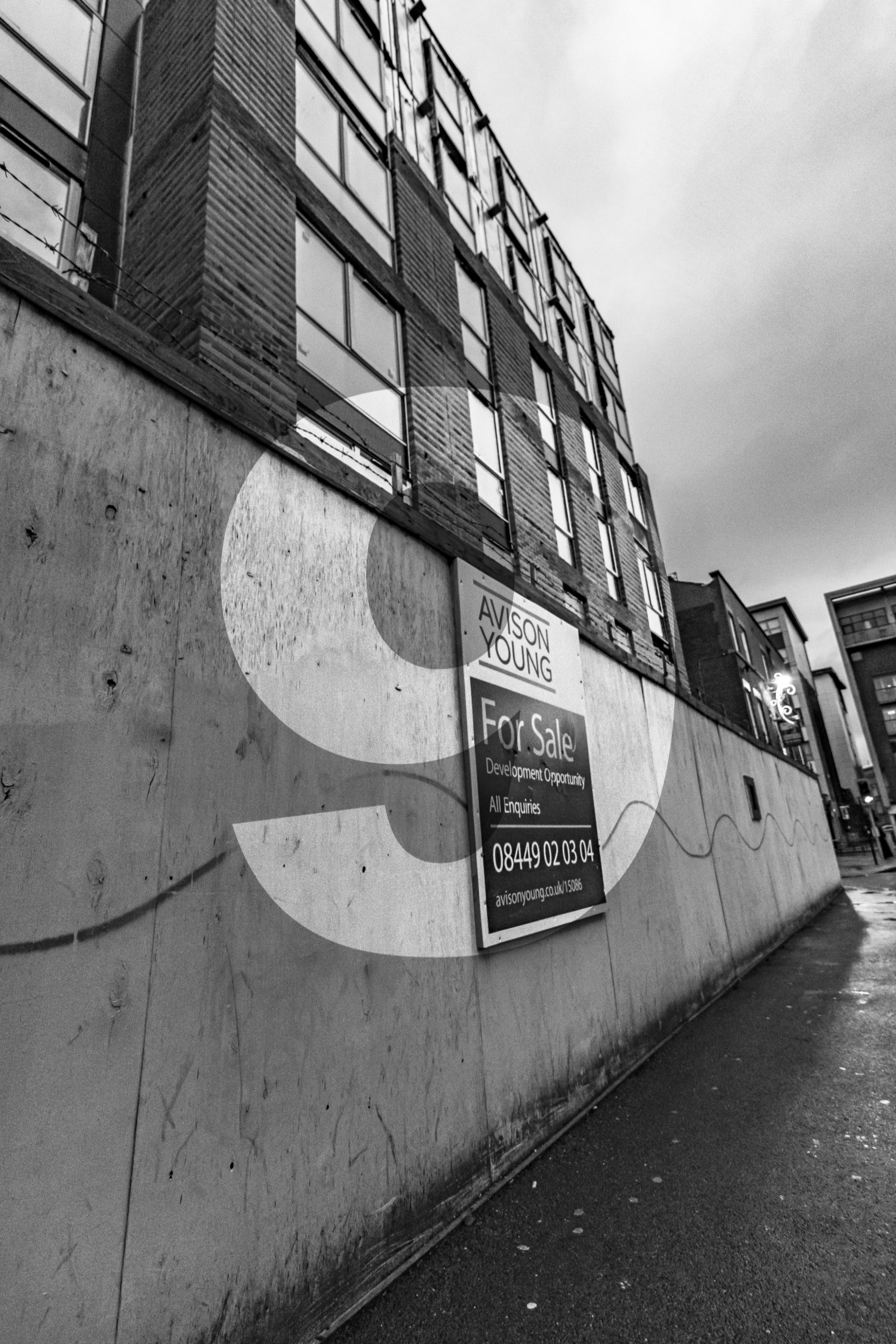 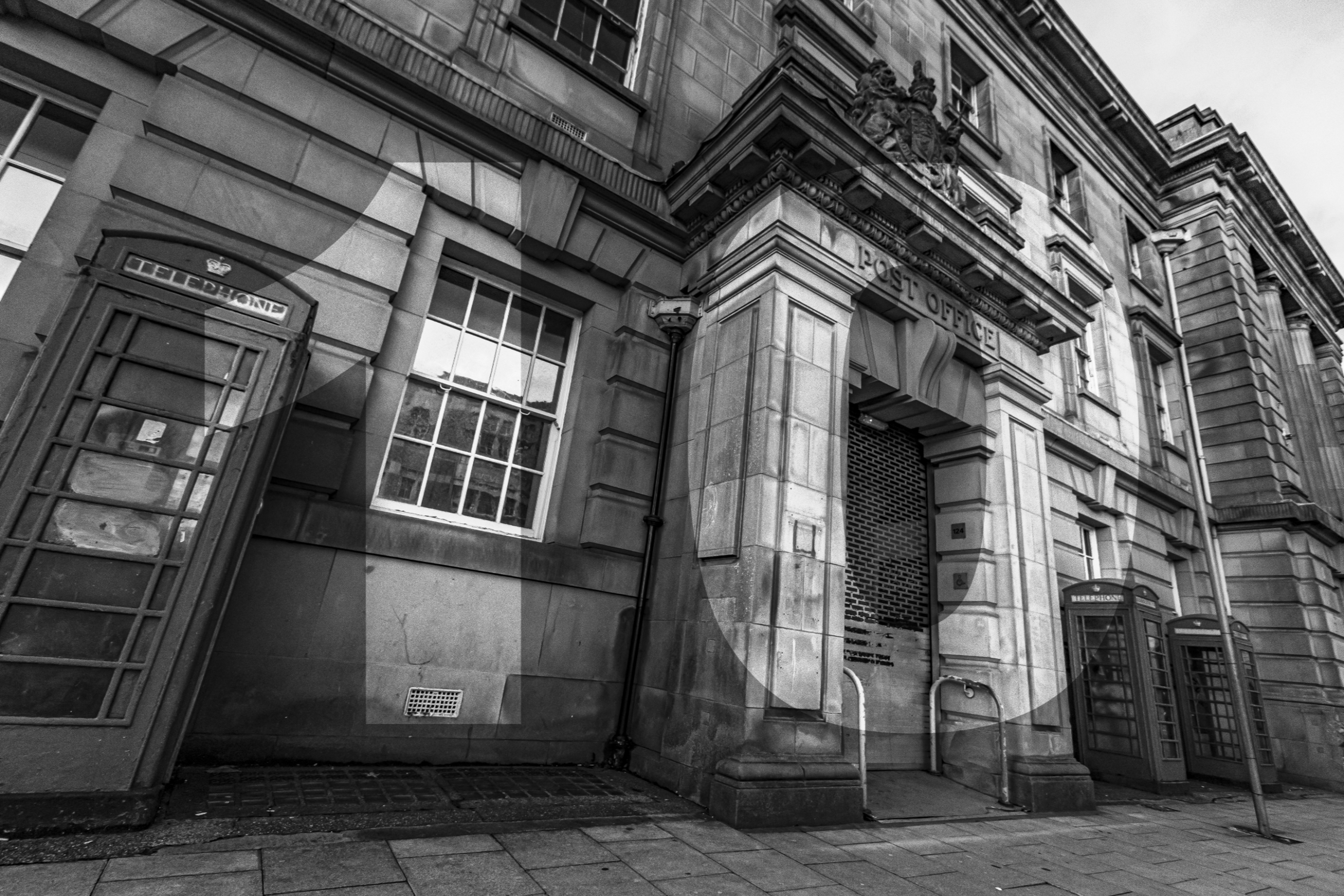 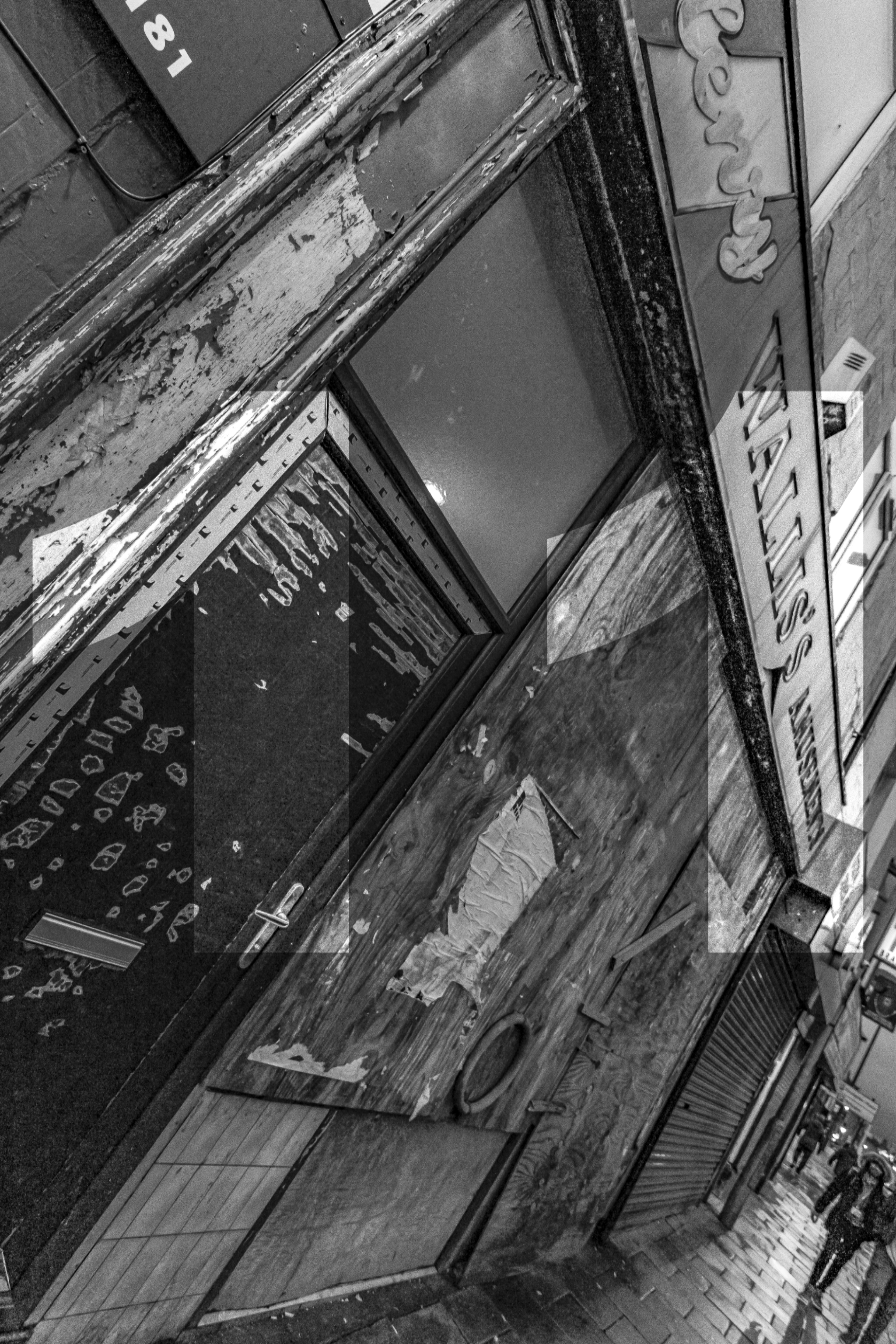 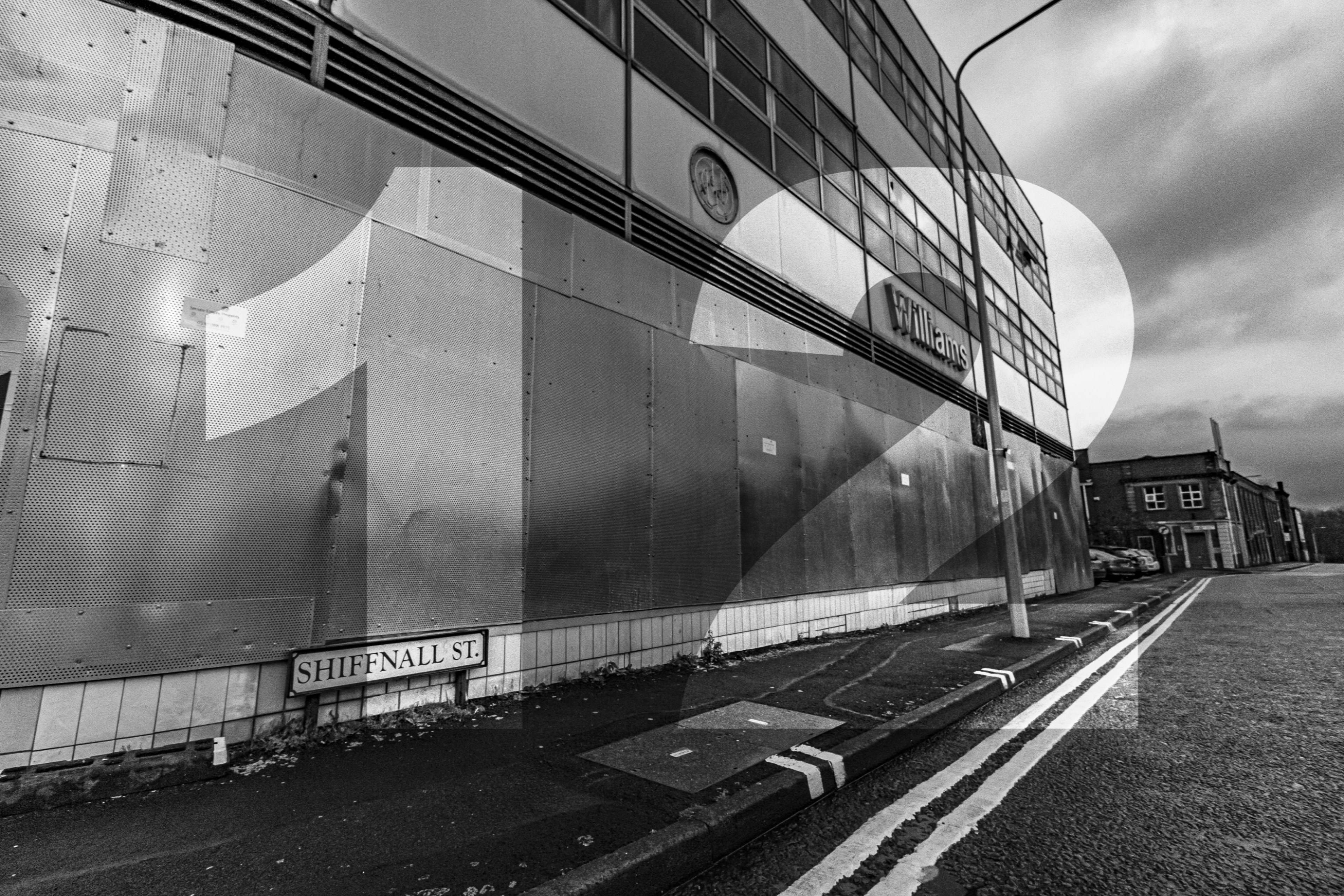 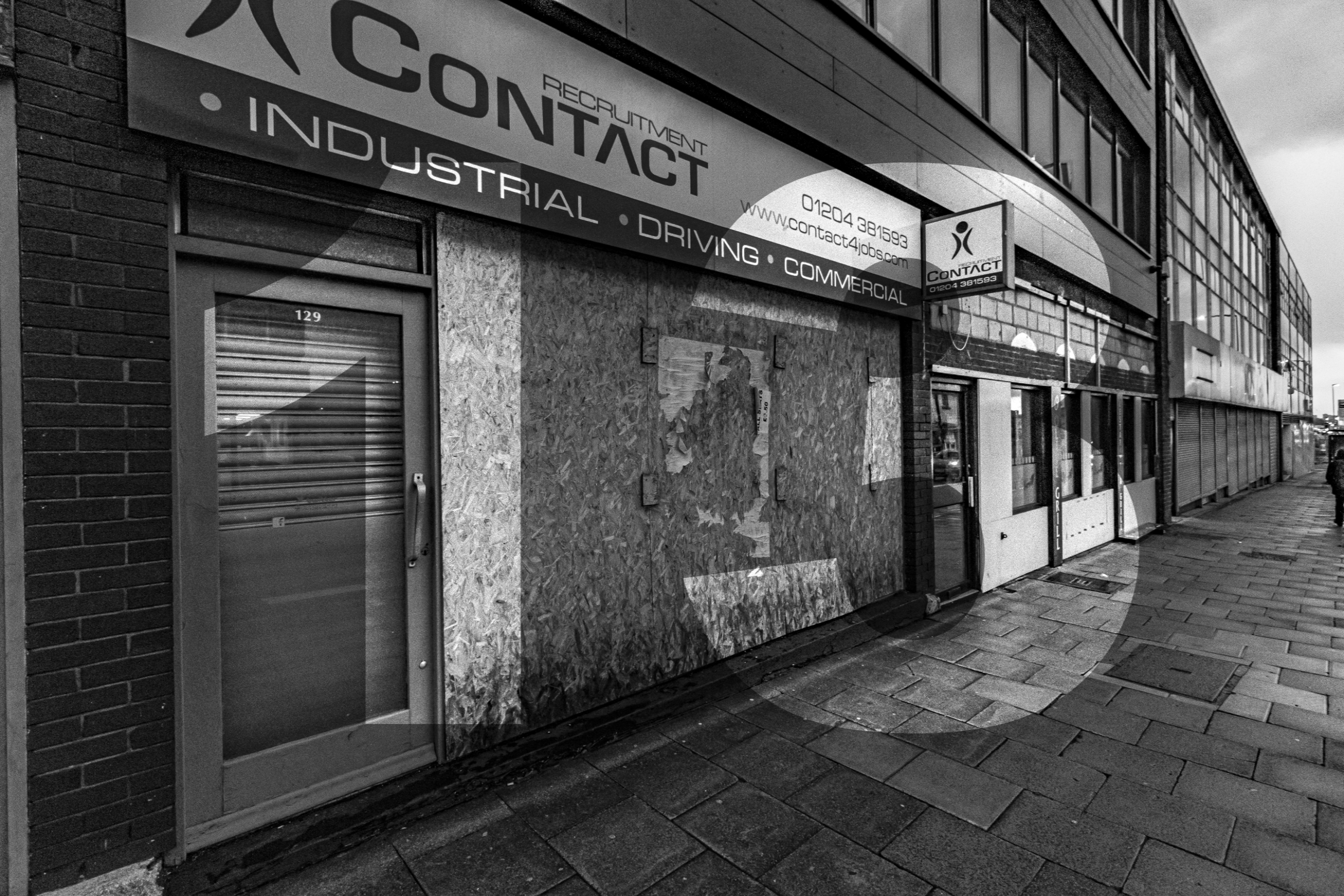 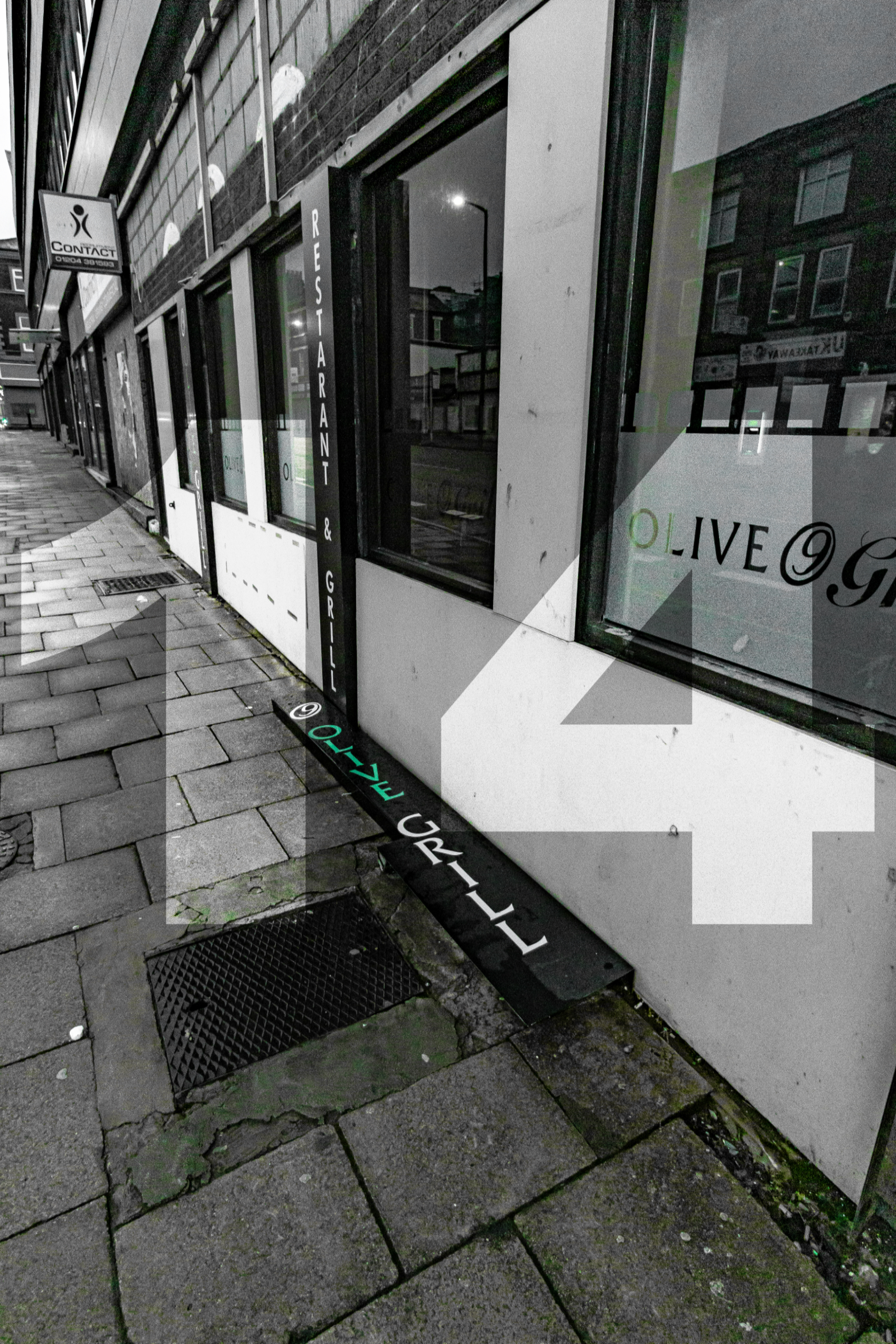 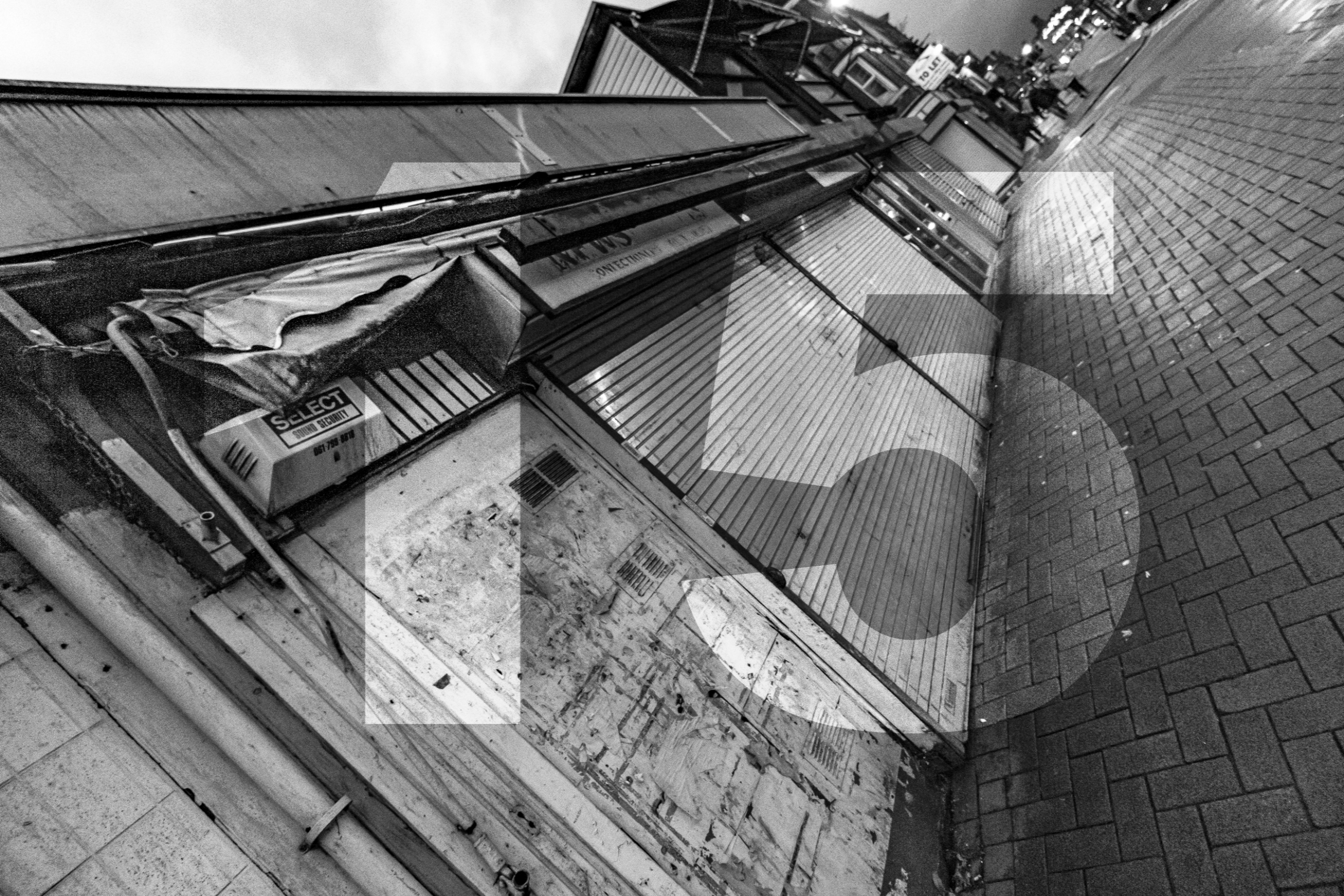 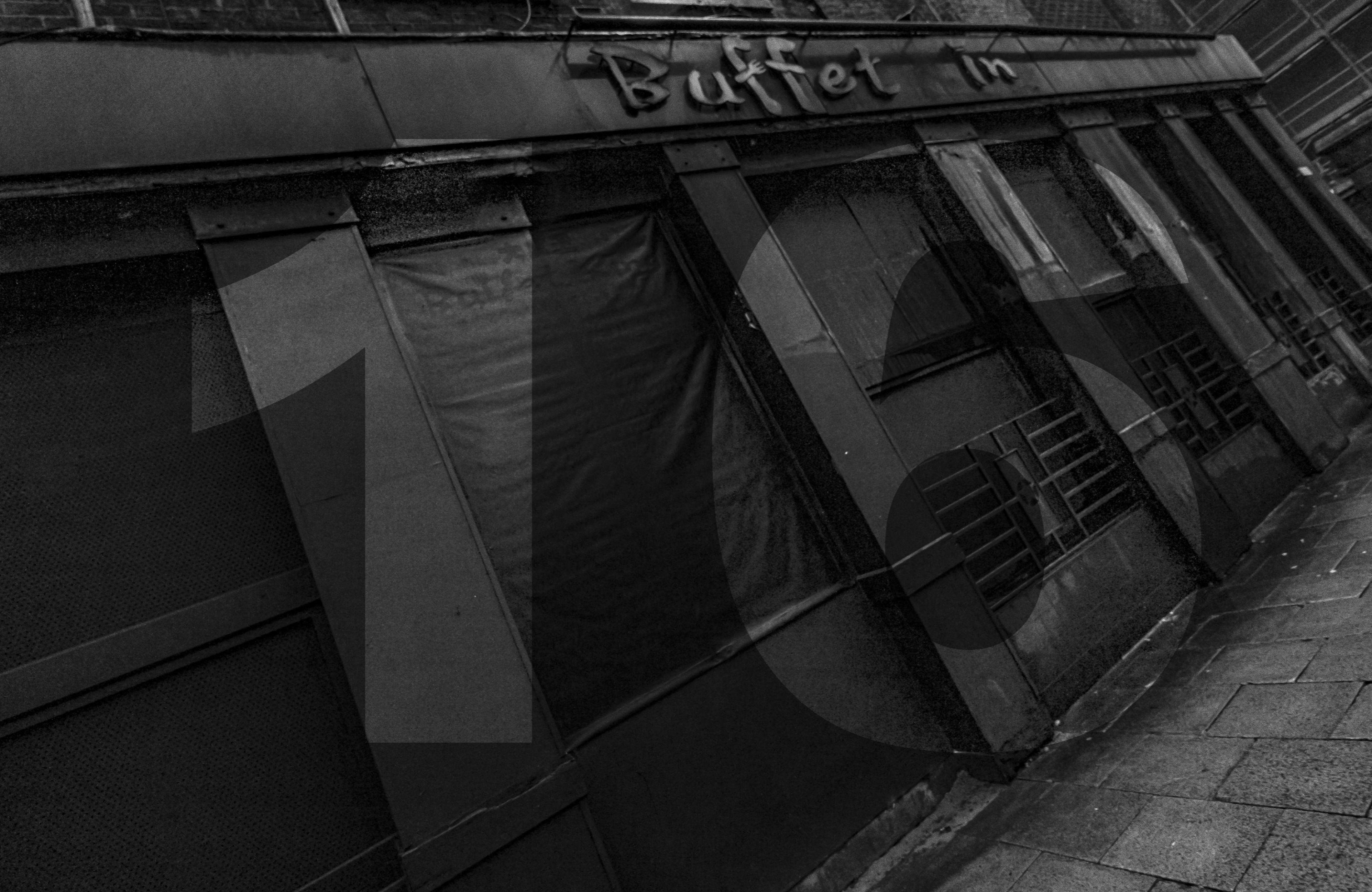 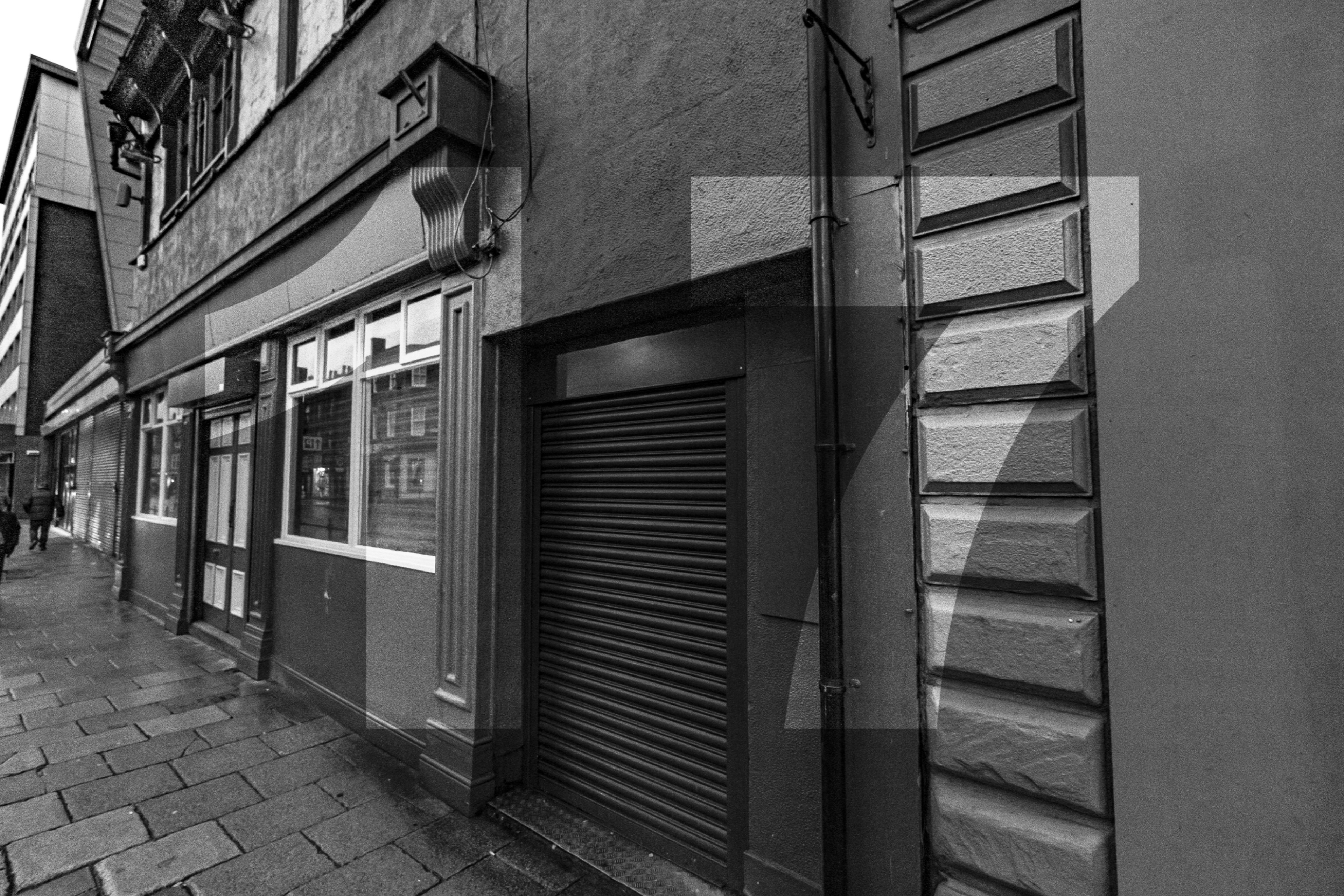 Education
The Education and Services Grant was removed in 2017. This affected pupils needing alternative provision and special schools even more as their grant was 3.75 and 4.25 times higher (respectively). This Grant equated to around £1 billion per year 6. To show a correlation between this and the impact on schools, here are the Ofsted averages for the North West. 2% inadequate, 8% needs improvement, 66% good, 23% outstanding as per the 2016 Ofsted report for the North West. 3% inadequate, 11% needs improvement, 64% good, 23% outstanding as of 2018 7. This may not be a causation but I will let you decide.
Another possible impact due to the lack of this Grant is the health of students in schools. CQC report in September 2018 - 'The quality of serious incident investigations was variable. The trust’s learning from deaths was behind the national average. Following the inspection the trust sent evidence to show the quality of the serious incident investigation reports and systems for death reviews were improving. ' The physical environment from, and in, which some children’s services were delivered varied by location. Storage limitations in some buildings meant that equipment for patients’ care and treatment, and hazardous cleaning products were not always stored securely, and we found examples of potential ligature points. Scary stuff! Safety was one of the aspects that 'needed improvement'.
For the overall report, there was no improvement on last year and one of the worst rated aspects were the services for young people 8.​​​​​​​
Development & Deterioration 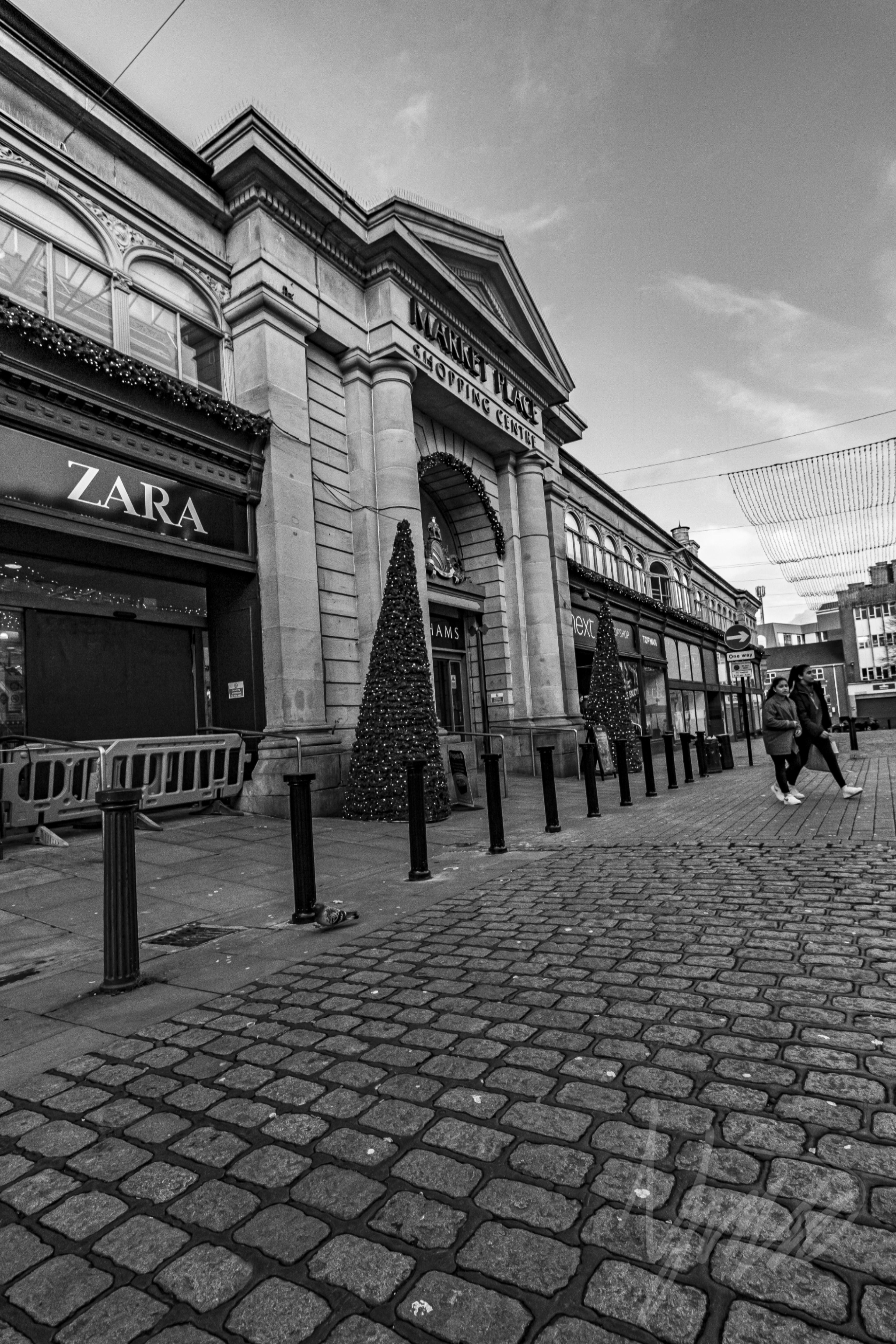 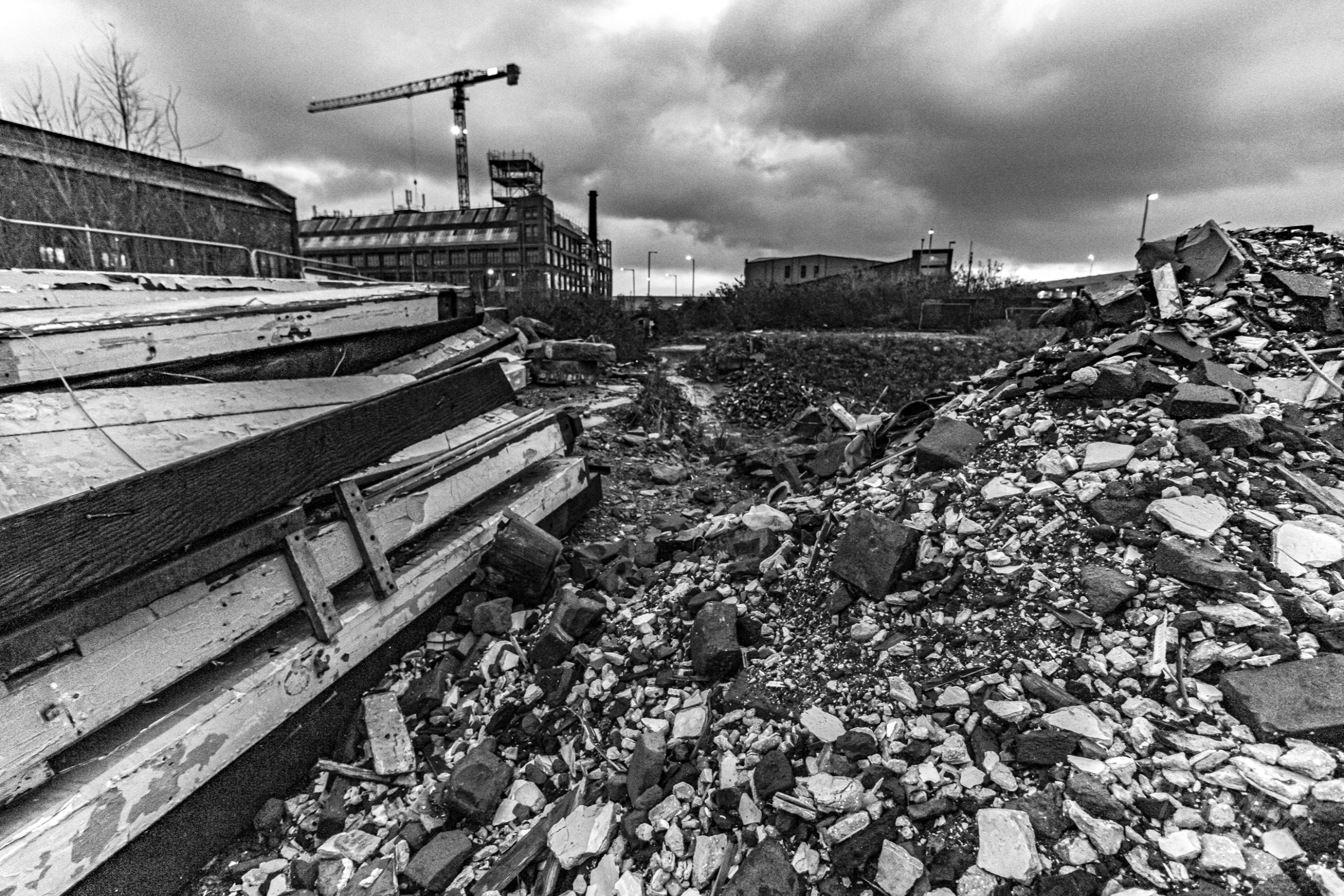 Now, onto one of the more positive aspects of this article. At least, it should have been…
I will start with the amount of money allocated to these developments. Firstly, The Vaults. £25 million was spent on the development of the indoor Market Place Shopping Centre including The Vaults 9. When this first opened there were 7 businesses available to choose from (as far as I can remember, I struggled to find an exact amount). Now, there are 8. You may be thinking 'This is great! The vaults are doing well!' However, there have been 5 closures since The Vaults' grand opening, 4 of which have been local, independent venues.
Both The Baltic Cellar and The Bank took great risks moving their businesses to the 'up-and-coming' Vaults expecting that moving from their well-established locations would bring in more business. Neither were low in interest whenever I visited The Vaults; they gave a nice variety compared to the likes of Nandos and Prezzo. Both businesses were apparently crushed by the increased rental of their spaces. This has not been officially confirmed by the Market Place, nor the businesses themselves but, speculation has led the general community to believe this. Nandos and Prezzo have not been affected by this due to their comfortable place in the retail economy and their public view of being well established restaurants. I have also spoken to a local councillor who has spoken to the owners of these retails spaces who are businessmen, based in London. They have no apparent care for these spaces, and no incentive to lower these rents allowing small businesses to thrive and bring more attraction to our small town. They have confirmed it does not bother them that these spaces are empty.​​​​​​​ 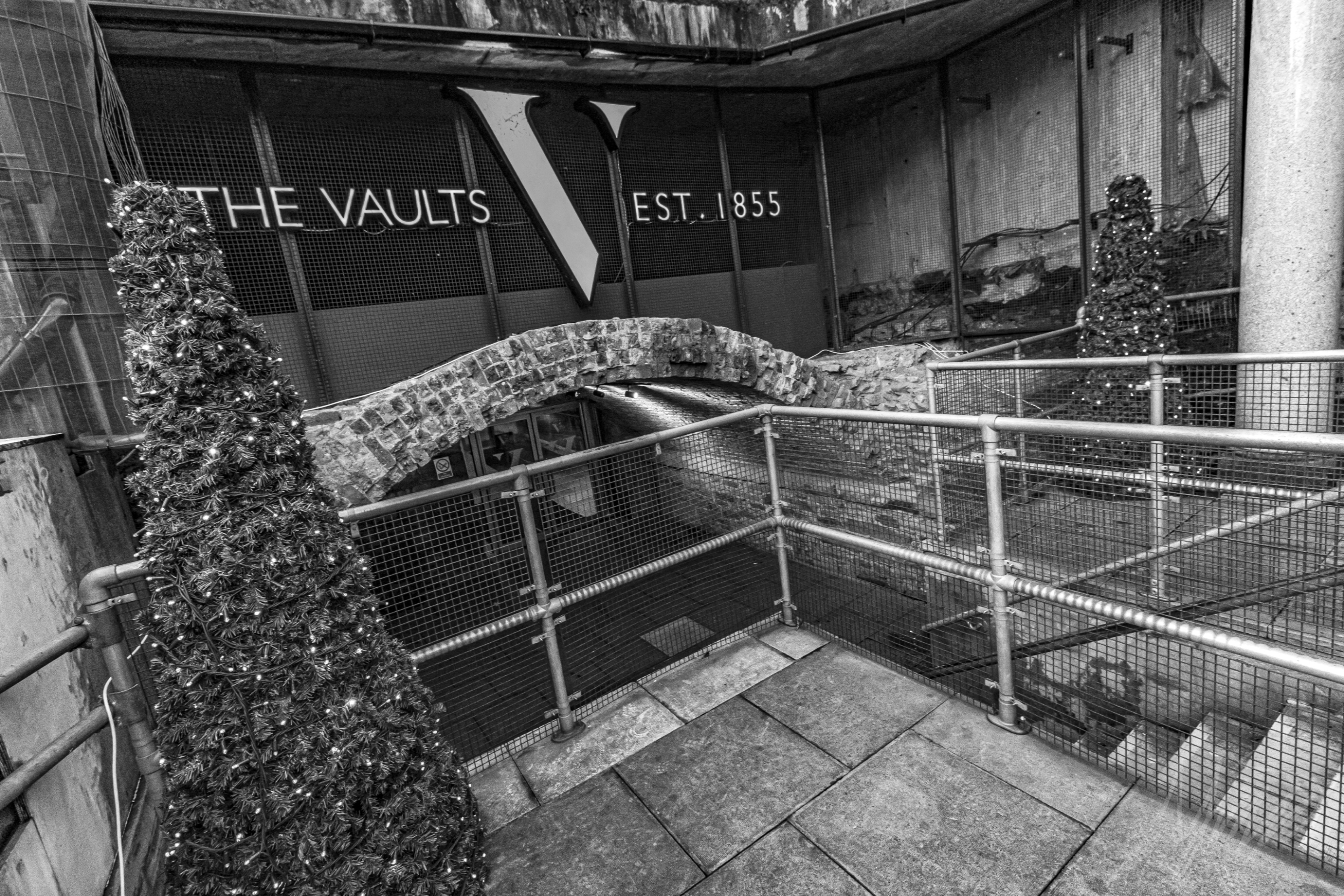 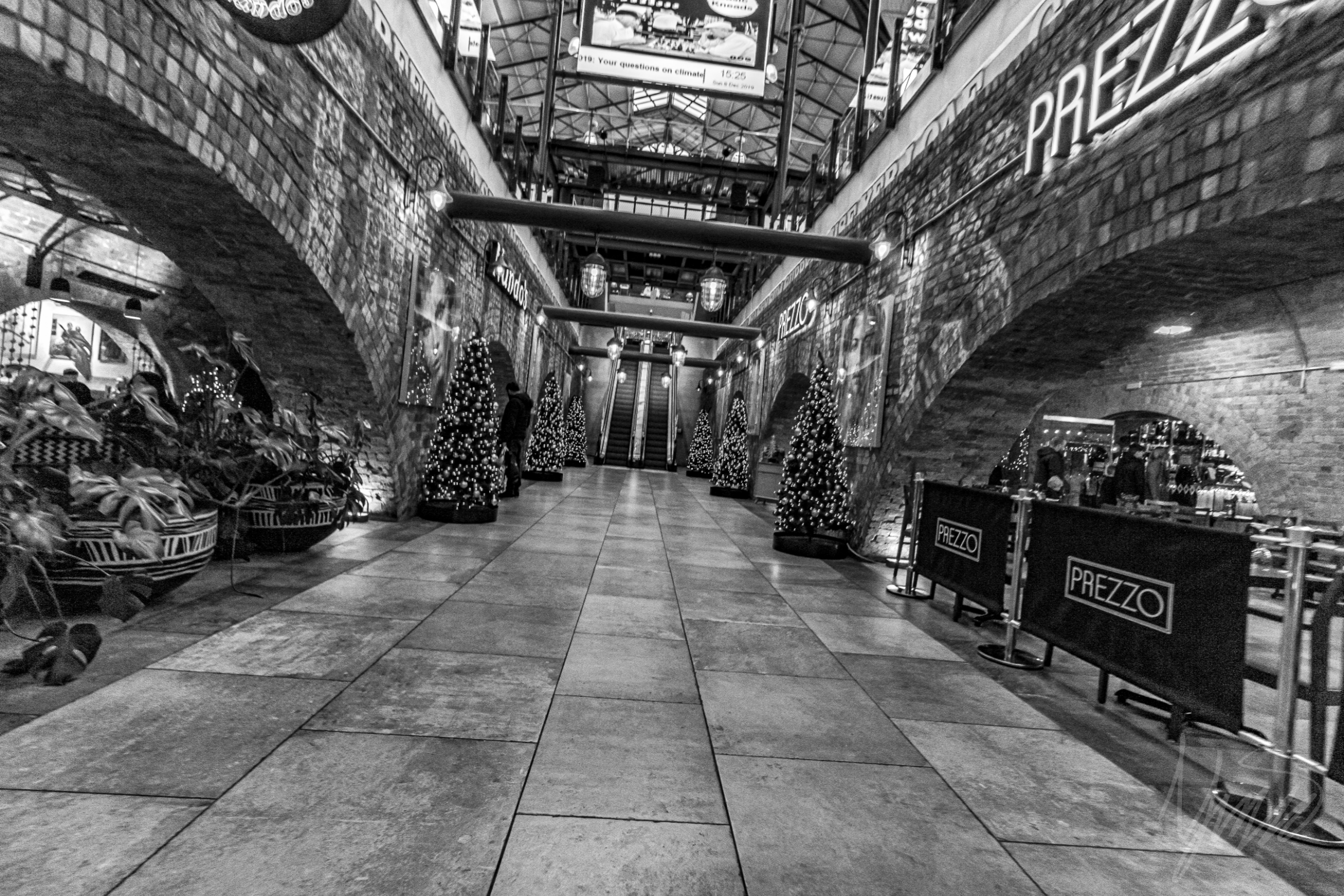 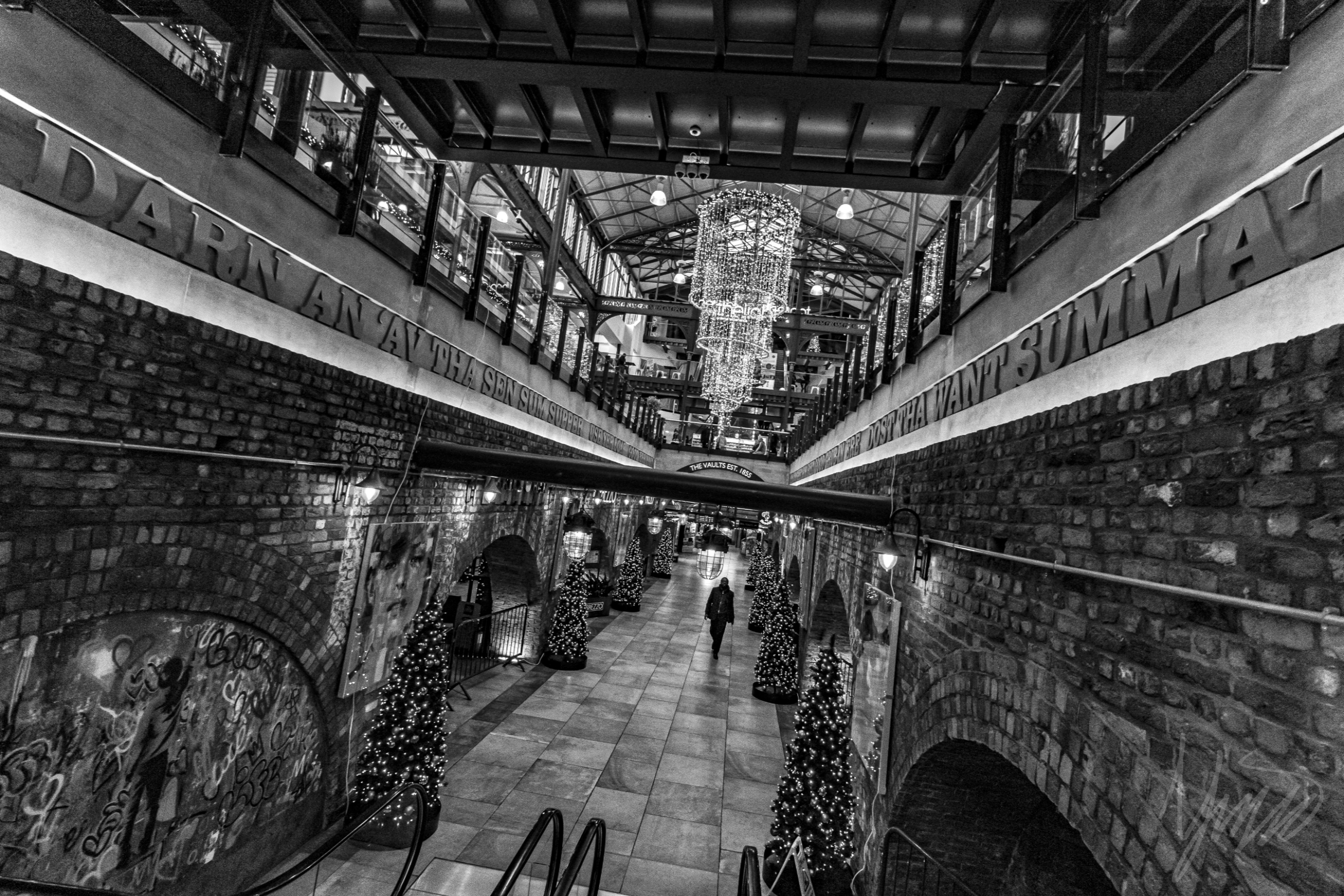 Another development still fresh in the minds of Boltoners is the new bus station. This cost a whopping £48 million to build through the funding of TFGM. The reasoning behind this change was to create a transport hub more connected to the existing train station and to create improved facilities (cafés, toilets, cycle storage etc.) According to Montagu Evans (working on behalf of TGFM) they sent leaflets and hosted workshops to gather feedback from the local community, local business owners, stakeholders and transport companies to see if the proposed changes had negative or positive feedback. 'Feedback on the proposed design and facilities was positive with significantly more people making positive comments than negative ones.' - A quote from the Bolton Interchange Key Findings Report in 2011.​​​​​​​ 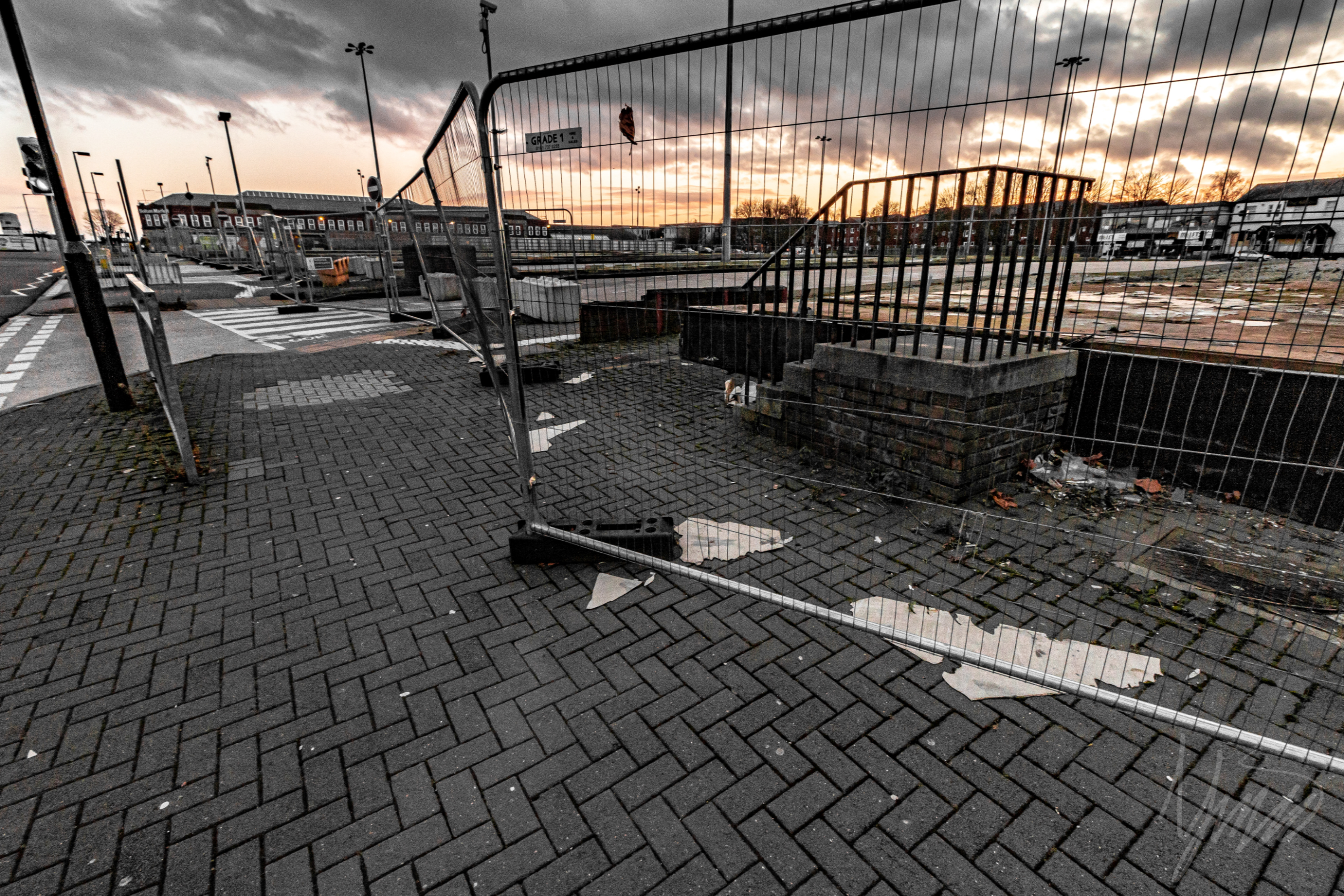 A comparison with Bury
If we compare these opinions and my experiences explained above regarding the town centre to Bury, the contrast is extreme. As an example, Bury Market (that's JUST the market) gets over 250,000 visitors every single week 11. To show a scale comparison of this, the Bolton Food & Drink Festival received just 260,000 visitors over the 3 days it was on. So that shows just how Busy Bury is and like I said, this does not include visitors to the Rock, The Millgate and other areas of the town centre!
The Rock is another prime example of a good shopping experience. Cafés, places to eat, high street stores, a supermarket, and it looks excellent! It's a pleasurable place to be and people who visit for the first time are surprised that a modern structure like that is in a smallish northern town. Bury are innovating! Also, they were trying to pull attention away from underdeveloped areas of the town. The Millgate was already bustling, with quite a few successful, independent shops and eateries.​​​​​​​

My Final Thoughts
£1.2 billion has been budgeted to help develop Bolton town centre. 12 This includes more retail space, community areas and a 500 space multi story car park. 'We are excited to be working with such a forward-thinking local authority'. It seems like this sort of thinking is comparable to the saying 'Out with the old, in with the new' even though, the old could be refurbished and developed. This money could be more efficiently used through fixing what is already there such as the closed shops, once thriving market, and run-down town centre. There is a famous quote by Bill Gates that states: 'Automation applied to an inefficient system will magnify the inefficiency.' Putting money into an already failing town, will just give it more ways to fail unless the fundamentals are fixed first.
Footnotes
1 Police.uk website showing the police officers for Bolton Town Centre: https://www.police.uk/greater-manchester/KC41/
2 Historic police workforce data tables: https://www.gov.uk/government/collections/police-workforce-england-and-wales#data-tables
3 Crime statistics for Bolton Town Centre: https://www.police.uk/greater-manchester/KC41/crime/stats/data/066aa7f7-fa1d-48ef-b164-1f3f2955d70d/
4 Annual survey of hours and earnings by Manchester City Council: https://www.bolton.gov.uk/downloads/file/1517/budget-report-2018-19
5 Annual survey of hours and earnings by Manchester City Council: https://democracy.manchester.gov.uk/documents/s1714/Real%20Living%20Wage%20Analysis%20-%20Annual%20Survey%20of%20Hours%20and%20Earnings.pdf
6 Education services grant breakdown: https://assets.publishing.service.gov.uk/government/uploads/system/uploads/attachment_data/file/410100/The_Education_Services_Grant.pdf
7 Data for Ofsted annual reports: https://www.compare-school-performance.service.gov.uk/download-data
8 Annual CQC report for Bridgewater Community Healthcare NHS Foundation Trust: https://www.cqc.org.uk/provider/RY2?referer=widget3
9Cost of refurbishment for the Bolton Market Place: https://boltonmarketplace.co.uk/about/
10GMPTE Key Findings Report for the construction of the new bus interchange: https://www.montagu-evans.co.uk/boltoninterchange/pdf/Detailed%20Design%20Public%20Consultation%20Report.pdf
11The amount of people visiting Bury Market every week: https://www.burymarket.com/index.aspx?articleid=8330
12Budget report for Bolton Town Centre developments: https://www.placenorthwest.co.uk/news/placefirst-adds-to-bolton-boom-with-28m-build-to-rent-scheme/